On September 11, 2001 the Atlantic and Pacific oceans vanished. Not literally, of course. But prior to that date we felt isolated from a distant and violent world in which terrorists attacked innocent crowds. We felt protected by the vast bodies of water that separated us from Europe, Africa and Asia. After 9/11 those barriers no longer existed. We were connected and vulnerable.

Those who are now in high school have only vague memories of 9/11 since they were all less than seven years old when it happened. They have no memory of the pre-9/11 world. They have grown up in a world of security lines and bag checks at airports and public gatherings. Since entering elementary school, they have witnessed a steady stream of funeral processions and flag draped coffins returning home from Iraq and Afghanistan. Some of them have grown up without mothers and fathers who died there.

Every generation has its 9/11 to remember, a staggering event that freezes the moment in memory. For those of us who grew up in the 1950s and 60s, it was November 22, 1963, the day John F. Kennedy fell to an assassin’s bullet at Dealy Plaza in Dallas. For our parents it was December 7, 1941, a quiet Sunday morning when Japan attacked Pearl Harbor.

Every generation experiences events that threaten to steal their freedom, destroy their dreams and leave them frozen with fear. But one event stands alone that places all others in perspective. One event above all others enables us to rise above our fears to embrace the future. September 11, 2001, November 22, 1963 and December 7, 1941, are all dated in reference to the birth, death, burial and resurrection of Jesus Christ.

The prophet Isaiah predicted Jesus’ life when He wrote, “In that day the Root of Jesse will stand as a banner for the peoples; the nations will rally to him, and his resting place will be glorious.” Paul summed up His significance when he said, “In the fullness of time, God sent forth His son.” It was the perfect moment. Everything in history is dated in reference to His birth as B.C or A.D. From Him flow the faith and courage to face any disaster, to overcome any foe and to live with confidence knowing that goodness and righteousness will prevail upon the earth.

An old song captures the experience of millions who have persevered and prevailed through devastating tragedies for more than two thousand years. Bill Gaither wrote it and first sang it forty years ago. “Because He lives, I can face tomorrow. Because He lives, all fear is gone. Because I know who holds the future my life is worth the living, just because He lives … this child can face uncertain days, because He lives.”
Posted by Bill Tinsley at 10:18 AM 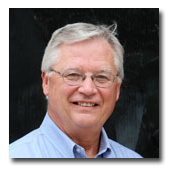