We all experience moments when it seems like nothing good can come of the misfortune that has befallen us.  But God has a way of taking the worst that can befall us and giving us opportunity to use it for good.

On July 30, 1967, Joni Eareckson dove into the waters of Chesapeake Bay.  She was eighteen years old.  It was the last time she would be able to use her arms or legs. Striking her head in the shallow waters, she suffered a broken neck that left her a permanent quadriplegic. According to her story in Joni, she sank deeper into anger and depression with suicidal thoughts and spiritual doubt.  But, over time, she emerged with a faith that inspired others and created world-wide change for the handicapped.

Controlling a brush with her teeth, she became an accomplished artist, wrote 40 books, and recorded several music albums.  In 1979 she founded Joni and Friends, a Christian ministry to the disabled throughout the world. Her organization, Wheels for the World, collects wheel chairs that are refurbished by prison inmates and distributed to disabled children and adults in developing countries.

Rachel Scott was 17 when she was gunned down as the first murder victim at Columbine High School on April 20, 1999.  Rachel’s Christian witness and her vision for acts of kindness that can make a difference inspired Rachel’s Challenge, a movement in her memory.  Rachel’s Challenge has reportedly touched more than 20 million students worldwide in an effort to reduce violence and teen suicide.

According to the Bible, Joseph was thrown into the well by his brothers and sold as a slave into Egypt.  Years later he become Prime Minister in Egypt and was able to rescue his family during a widespread famine.  Confronted by his brothers who sold him into slavery, Joseph said, "As for you, you meant evil against me, but God meant it for good in order to bring about this present result, to preserve many people alive." (Genesis 50:20)

Most of us won’t be able to start an organization like Joni and Friends, or Rachel’s Challenge. And only a few can rise to prominence like Joseph. But all of us can comfort someone else once we have suffered injury or loss.  (2 Corinthians 1:4).

Peter recognized that all of us experience difficulty and pain.  In his letter he wrote, "Dear friends, do not be surprised at the fiery ordeal that has come on you to test you, as though something strange were happening to you. But rejoice inasmuch as you participate in the sufferings of Christ, so that you may be overjoyed when his glory is revealed." (1 Peter 4:12-13)

The Apostle Paul wrote, "And not only this, but we also exult in our tribulations, knowing that tribulation brings about perseverance; and perseverance, proven character; and proven character, hope; 5 and hope does not disappoint, because the love of God has been poured out within our hearts through the Holy Spirit who was given to us." (Romans 5:3-5).

We each must work through our own suffering and pain, trusting God to give us strength to discover the good that He wants to bring into our lives. Sometimes it takes many years for this to come into focus.  Sometimes, we never see it.  At those times we can only live by faith.  When something terrible and confusing happens to us, we always have a choice, to turn inward in disappointment and disillusionment, or to turn outward and look upward in faith and hope.

Posted by Bill Tinsley at 11:51 AM No comments:

The movie, Don’t Look Up, released last month on Netflix, has become  the talk on social media according to Buzz Feed.  Starring Leonardo DiCaprio, Jennifer Lawrence and Meryl Streep, the doomsday movie is a satire of our current culture. Sometimes it seems too close to reality for comfort, though reality has become increasingly difficult to define.

When an astronomer and his PhD student discover a comet on a collision course with earth they find it impossible to communicate their warnings to the world.  The movie takes its title from a political campaign urging the general population not to look up into the sky where the approaching comet has become clearly visible.

Like most movies today, the script has a penchant for the “F” word, used so often that it loses its shock value.  But, in such a situation, what else are they going to do but shout an obscenity at the top of their lungs?

The interesting twist in the movie is the final decision by the astronomer who has failed in his efforts to warn the world of the approaching doom.  When the President offers him a last-ditch escape aboard a secret space ship that can transport a small number of humans to the nearest “Goldilocks planet,” the astronomer refuses and, instead, gathers his family, his student and her boyfriend for a final dinner at his home.

With the comet moments away, they gather around the table and realize no one knows how to pray, except the student’s boyfriend, who has secretly confessed that he is a “believer.”  He volunteers to lead them in prayer.  They join hands, and he offers this prayer for the group:

“Dearest Father and Almighty Creator, we ask for your grace tonight despite our pride. Your forgiveness despite our doubt. Most of all Lord, we ask for your love to soothe us through these dark times. May we face whatever is to come in your divine will with courage and open hearts of acceptance. Amen.”

Previous generations have found their way forward through faith.  Every generation has within it the seeds of its own destruction as well as the seeds of salvation.  The question is always which seeds we will sow and which we will nurture.  Joshua voiced the decision for his generation, “Choose for yourselves this day whom you shall serve … But as for me and my household, we will serve the Lord,” (Joshua 24:15).

Posted by Bill Tinsley at 7:41 AM No comments:

As the New Year dawns, we focus on looking forward. The past is written, and, although it will continue to be reinterpreted in our minds by selective memory, we know what it is.  The future, however, is always difficult to predict.

Some things seem fairly predictable on the near horizon.  We will continue to grapple with Covid, ever changing, ever morphing.  We are hopeful the omicron variant will quickly burn itself out and that we will turn the corner to normalcy in 2022, but we don’t know.  People will marry and babies will be born.  We will continue to educate our children and our youth whether at home, online, in person, masked or unmasked.  Innovations and changes in technology will continue.  Electric cars are coming. The iPhone, iPad and iWhatever will continue their march toward ubiquity.

The Bible teaches us two things about looking forward.  First, take the long look.  The future may be much longer than we ever imagined.  The Bible says, “A day to the Lord is as a thousand years and a thousand years as one day.”  And “He keeps his covenant to a thousand generations.”   If a generation is 20 years, the average length of time between the birth of a generation and the birth of their children, then each century contains five generations. Based on that assumption, one hundred forty generations have lived since Isaiah wrote this prophecy and only 101 generations since Jesus was born. A thousand generations would stretch human history to the year 20,000.

I am not proposing that we take the thousand generations literally or that we extrapolate the thousand years as one day to project the length of time the human race might survive, but I think it is fair to conclude that God’s view of history might be much longer than we ever imagined.  Rutger Bregman postulated in his book, Humankind, that if all creation were viewed as one year, human civilization made its appearance in the last 60 seconds before midnight of the last day.

Secondly, the Bible teaches that Jesus’ return is always imminent.  He can return to earth at any hour of any day.  Jesus said, “So you also must be ready, because the Son of Man will come at an hour that you do not expect him,” (Matthew 24:44).  To do this we must live lives that are generous, kind, forgiving, honest and responsible. We must clothe the naked, feed the hungry, provide clean water to the thirsty, shelter the stranger and care for those in prison. (Matthew 25:34-46).

As we look forward, we need to prepare and plan as if many generations will follow. We need to pass to the next generation a better planet and a better world.  At the same time, we need to live as if Christ will return today.

The interesting conclusion from all of this is that if we live as if Christ might return today, we will also live in such a way that we pass forward to the next generation a better world.

Posted by Bill Tinsley at 10:36 AM No comments: 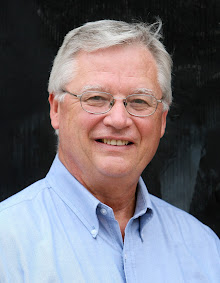 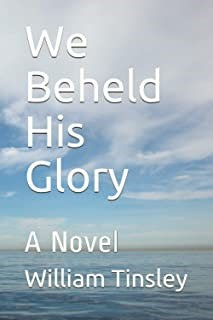 Free eBook on Kindle Unlimited. Order paperback for $9.99 from Amazon. 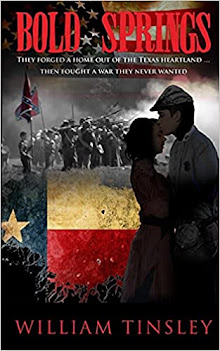 Free on Kindle Unlimited. Paperback reduced to $5.85 on Amazon

Sermon on the Mount Devotion 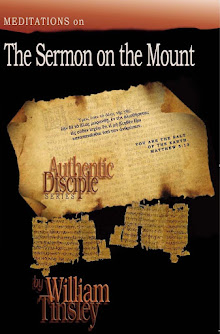